We love to travel not only locally, but throughout Spain, so I will also include information, from time to time, about where we have visited.  Usually these places can either be driven to within a few hours of our home, east of Málaga, or we will have flown there from Málaga (AGP) airport.

We managed to find some cheap return flights from Málaga with Ryanair  to Zaragoza in northern Spain.  If you take only hand luggage, there are often bargains to be had,  so if you have a few days to spare, it is well worth spending a long weekend in this beautiful city.

Situated in the northeast of the country on the river Ebro, Zaragoza was once an important Roman colony, a thriving Muslim city and a cornerstone of the Catholic Spanish empire.   This ancient city has the fortune of being located between Madrid, Barcelona, Valencia and Bilbao, which probably accounted for it’s prominence.

Zaragoza is Spain’s fifth largest city and is the capital of the immense autonomous region of Aragon.

Deriving its name from the Roman Emperor Caesar Augustus,  Zaragoza has a real Roman theme to it, with an 80 metre section of  the old city walls still surviving, as well as a forum, theatre and baths.

We lost no time in getting to know this charming city which, despite having a population of over 700,000,  feels surpringly small and easy to get around.

We visited the beautiful Baroque Catedral-Basílica de Nuestra Señora del Pilar and took the scenic elevator inside the highest tower for magnificent views over the River Ebro and the city.

We were amazed by the Palacio de la Aljafería  which pre-dates the Moorish Alhambra Palace in Granada, and is the home of the regional parliament of Aragon.  The Mudéjar Architecture of Aragon, including the Basilica, La Seo Cathedral and the  Aljafería Palace have been designated a UNESCO World Heritage Site.

Zaragoza is a city that may not figure on the typical tourist trail around Spain but, nevertheless, may just be one of its best kept secrets!

A weekend away: Santiago de Compostela

A long weekend in Santander

40 thoughts on “Venturing further afield: A long weekend in Zaragoza” 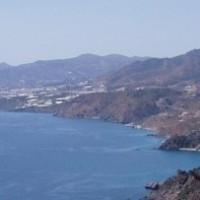